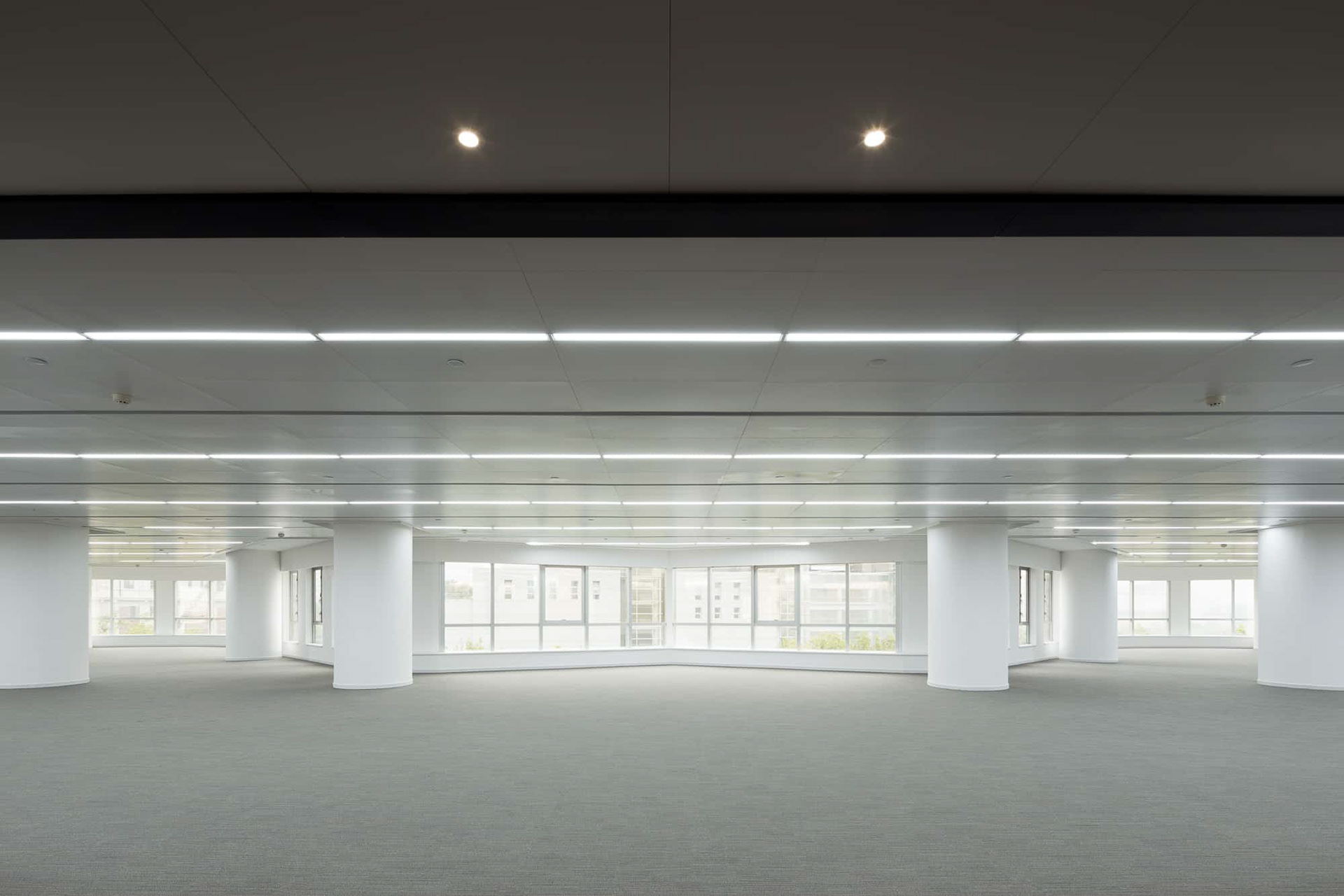 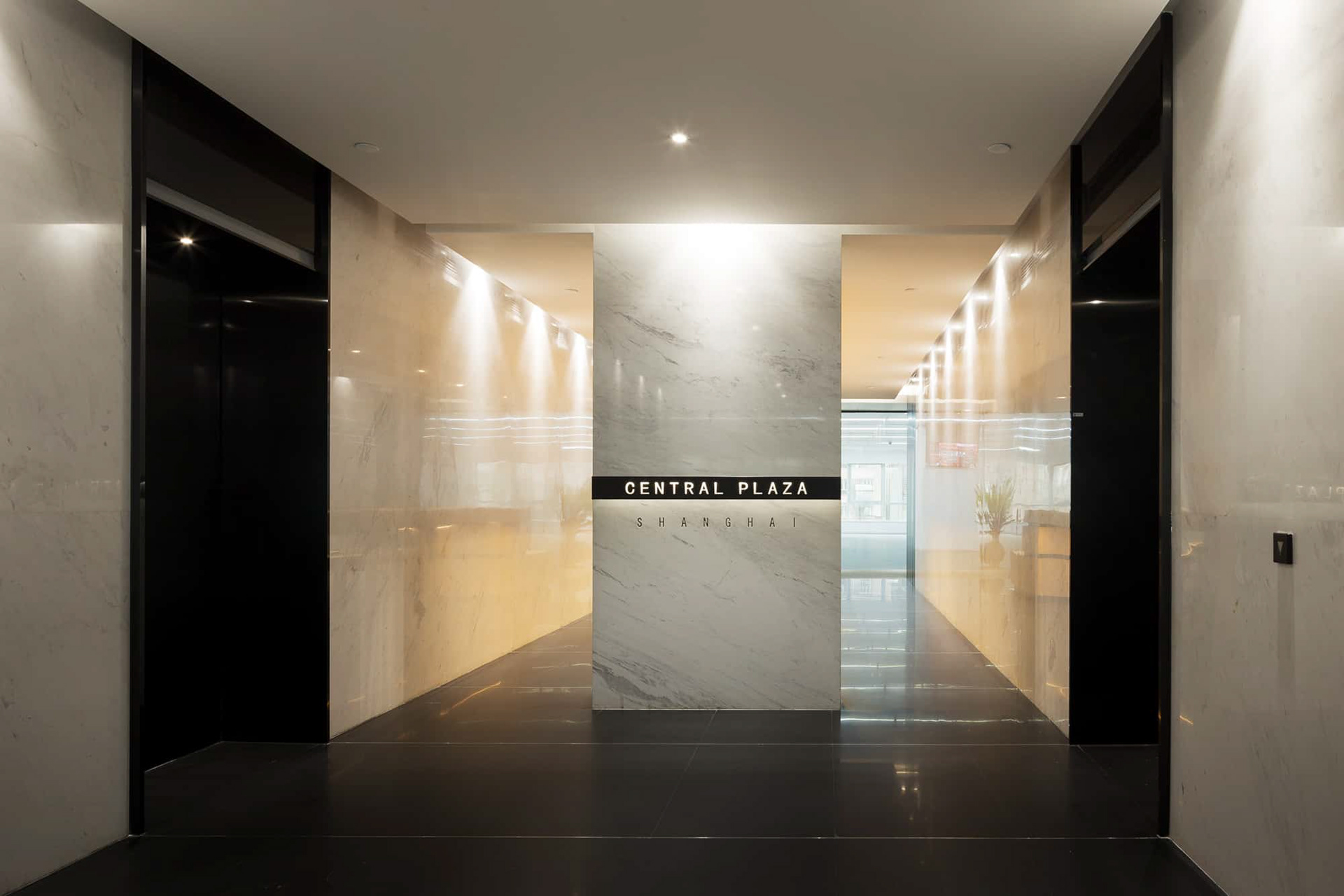 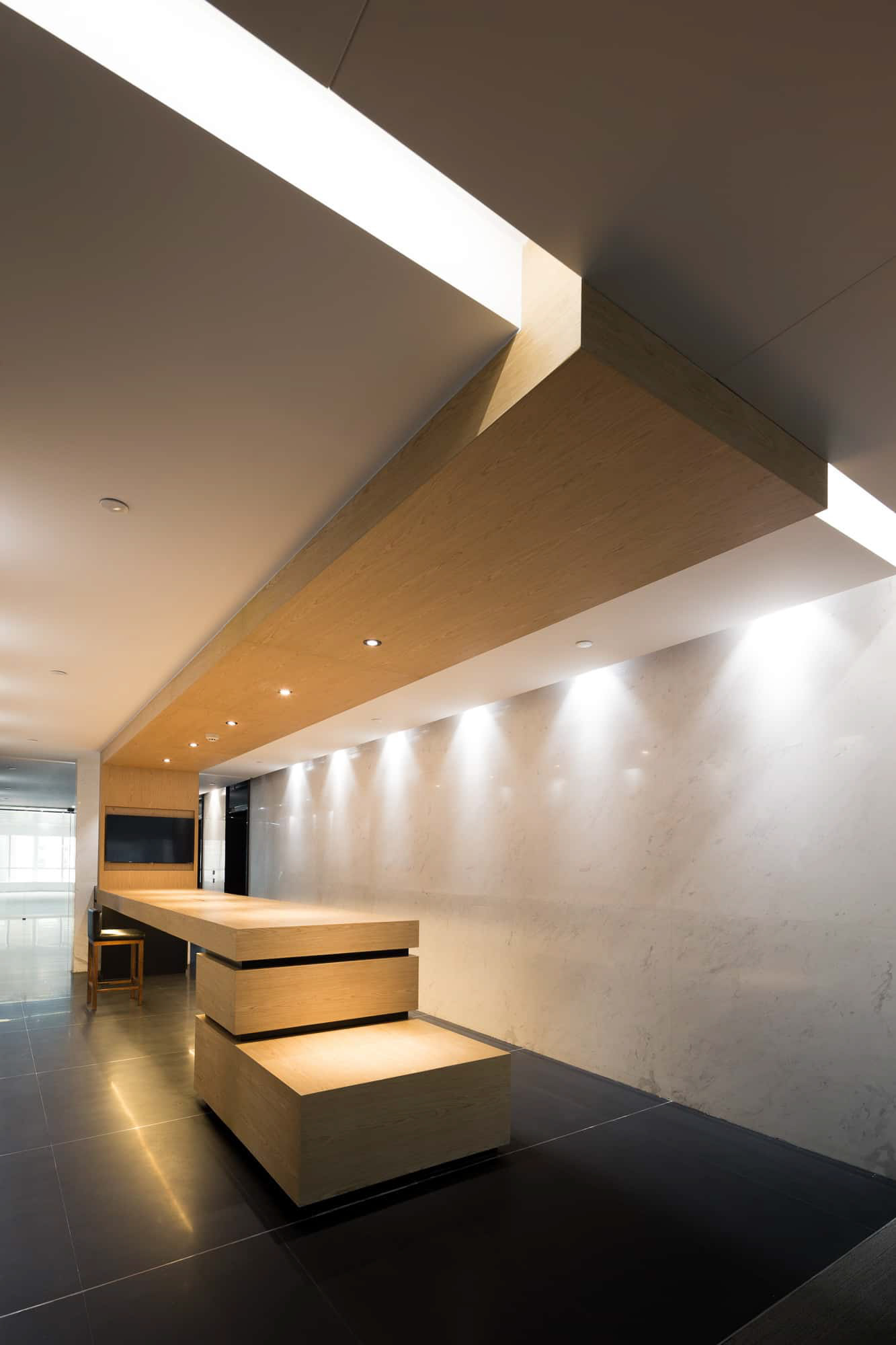 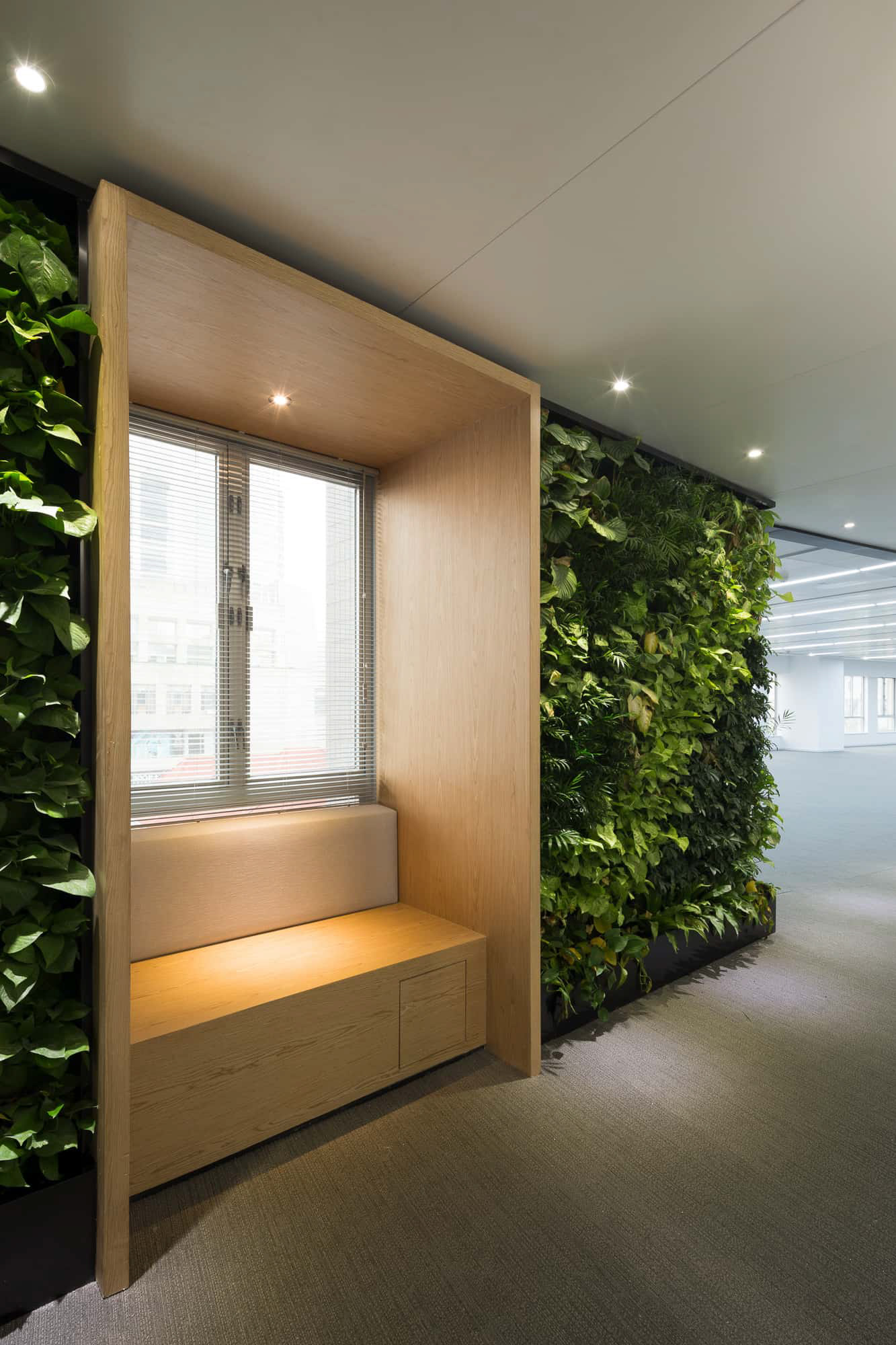 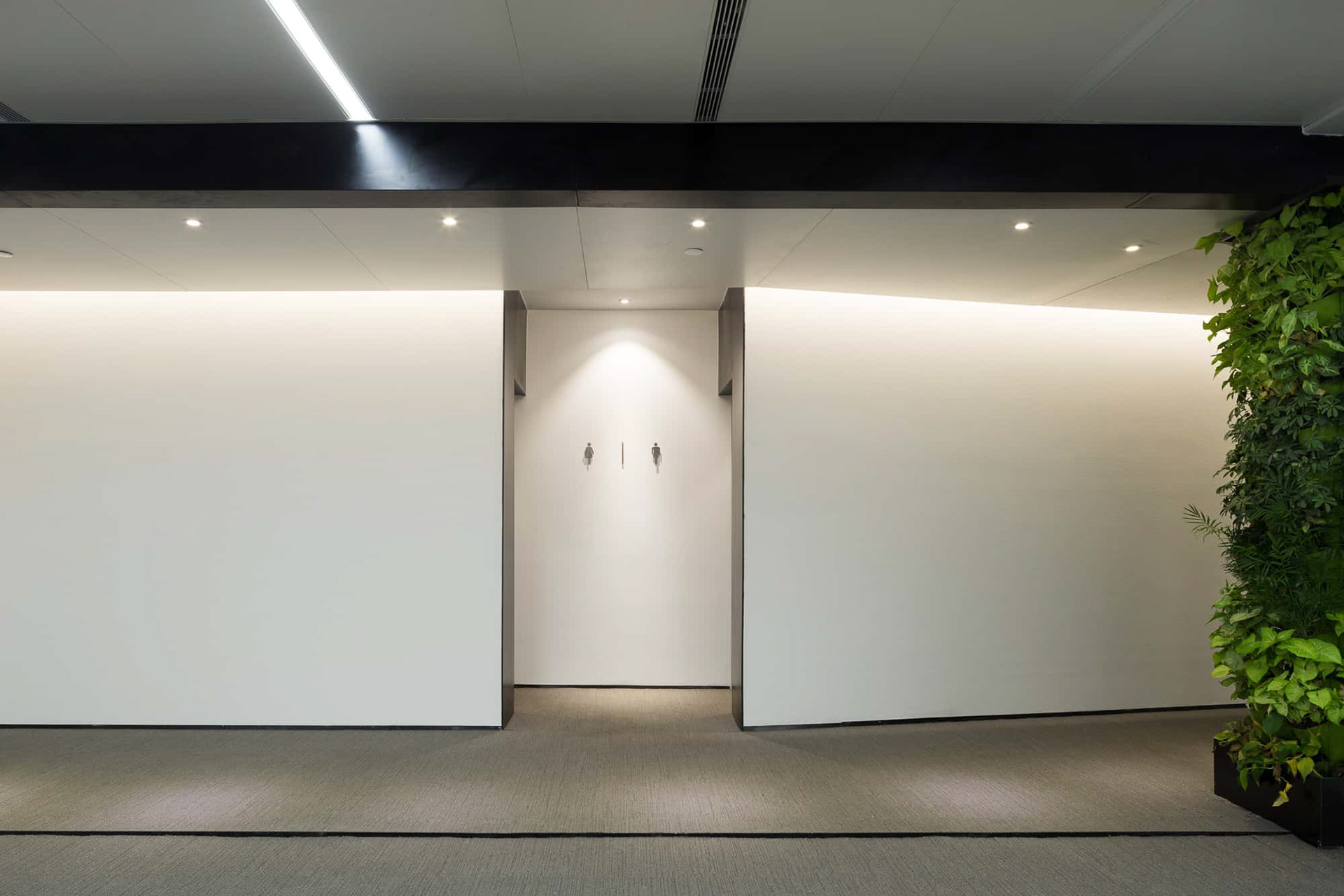 Shanghai central plaza, a building originally built in 1980s, is one of the earliest development of the Shanghai central area. An iconic tower in huangpu district of central shanghai facing people’s park and in front of shanghai’s grand theater. Since its iconic status, exterior renovation is limited, and is still awaiting approval from the local government in 2018. However, the internal renovation has started in 2017 and as the first part of a large renovation strategy, a prototypical office floor has been completed.
The original layout of the office floors (5F-26F) consists of a large open elevator hall, with four elevators arriving on one side and a large signage wall on the other, alternating sides halfway of the tower. Internally there was no clear direction, and orientation was hard with an enclosed corridor stretching all around the core. Interaction and communication between occupants on the same floor was near non-existent as the only common area per floor was the toilet and the corridor itself.
The proposal allows for a more flexible organization of tenants and more importantly adds several points of interaction dispersed on each floor level. The two corner windows become a focal- and orientation point at the end of the walkway and appeals as an informal working/reading space with views towards the city scape. Moreover, by re-organizing the elevator system, four elevators arriving either on the left or right side (two instead of four elevators on each side of the wall), made it possible to convert half of the elevator hall in to a multi-purpose common space, that can be used as a meeting space, presentation table, or a place to just take a coffee break and interact with your colleagues.

antithesis
↑back to top